Maybrey Reliance has become one of the first UK foundries to be accredited to AS9100 Rev D. 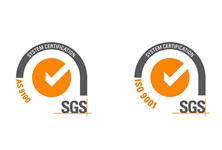 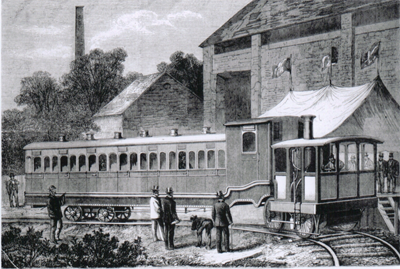 Maybrey boasts one of the longest unbroken approvals for the supply of castings to the primes of the aircraft industry in the UK.
Supplying from 1937 and through the war years the company withstood Admirality and CAA inspectors on site ensuring that a sound infrastructure was in place, which has continued throughout the years. Reliance can trace its history back to 1836 when the company built steam locomotives which were sold worldwide.
In recent years Maybrey Reliance has become far more diverse because of the ever-changing nature and size of British foundry industry and continues to produce released castings for the aerospace and defense and general engineering industries, using high quality gravity die and sand casting processes in aluminium to the national and international standards as well as supplying high grade specification iron castings.
The company also supplies an eclectic range of alloys for exclusive works of art and has close ties with the ICME and universities such Loughborough, Warwick, Greenwich, and the Castings Development Centre at Castings Technology International. Many of the company's castings are exported to Europe and the far-east and many of them are supplies CNC machined.
CEO Doug Hills started work as an apprentice die draftsman in 1959 and still plays an active role in the foundry and associated companies. He praised the efforts of everyone involved for achieving the latest accreditation. "As always this has not been easy and taken a lot of hard, dedicated work by our quality team, production management and inspection personnel to achieve what we consider to be the pinnacle of British standards in our industry.
"The directors would like to thank Neil Watts, our Quality Manager/Metallurgist, for the acquisition and continuance of our AS9100 British Standard and for aiding the smooth transition to Revision D"
The company has also produced a heritage brochure 'George England, Robert Fairlie and Hatcham Iron Works'
Taken from the FOUNDRY TRADING JOURNAL November 2017 issue