In 2013, renowned Queens College, Oxford ran a unique competition asking the degree students of nearby college Rycotewood Furniture Centre, to design unique outdoor seating to be placed in the Drawda garden, a place used regularly by the students of prestigious Queen’s College. 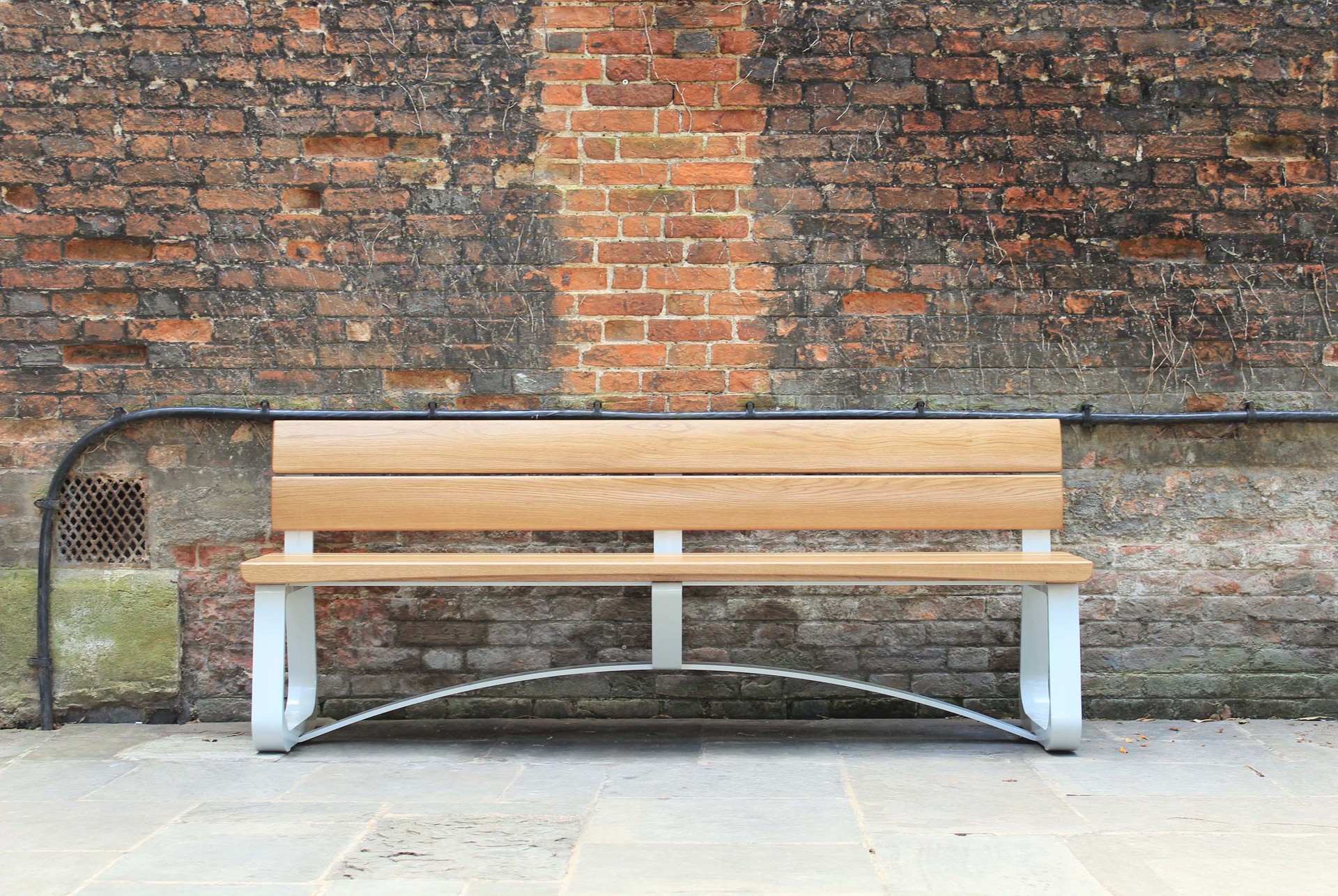 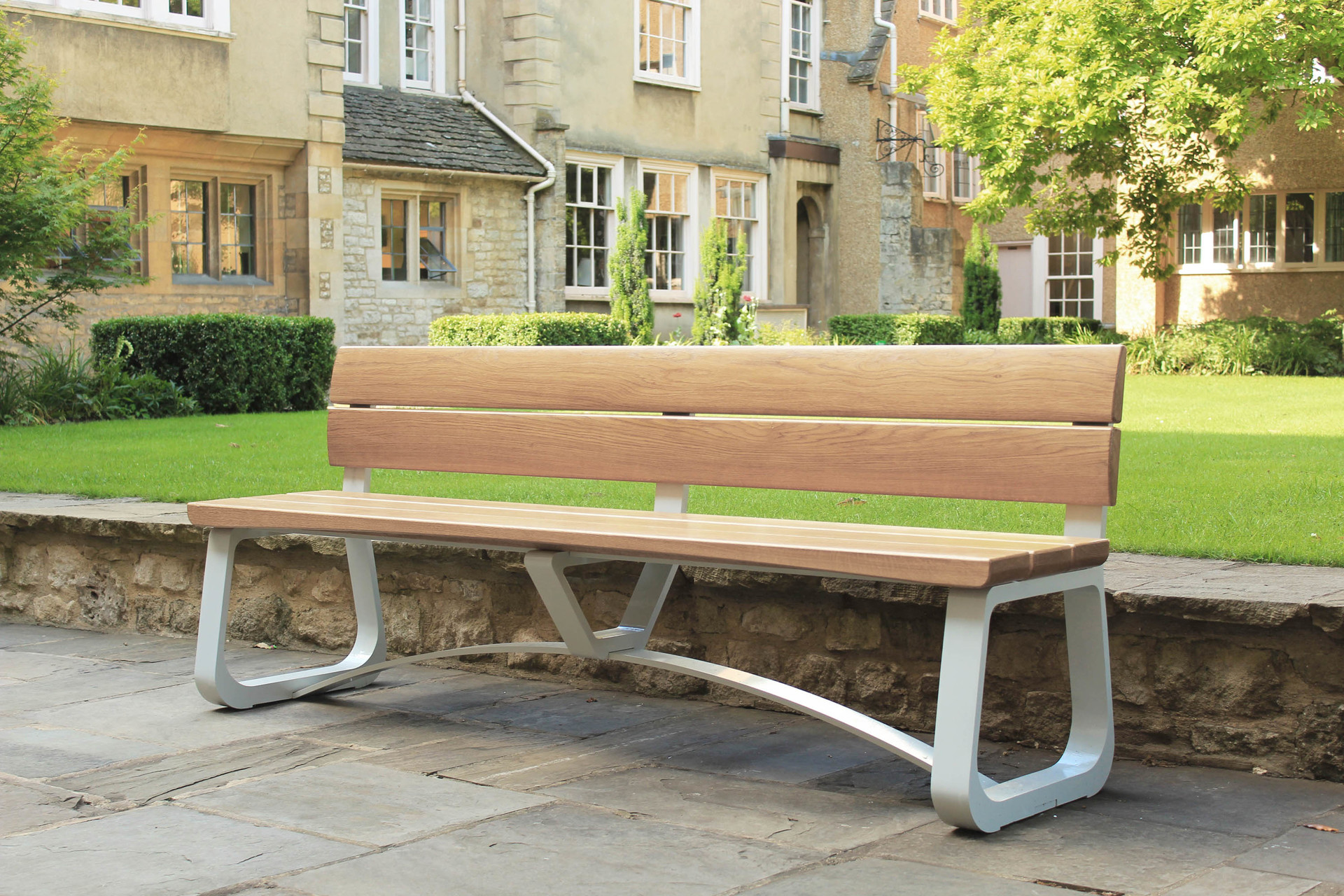 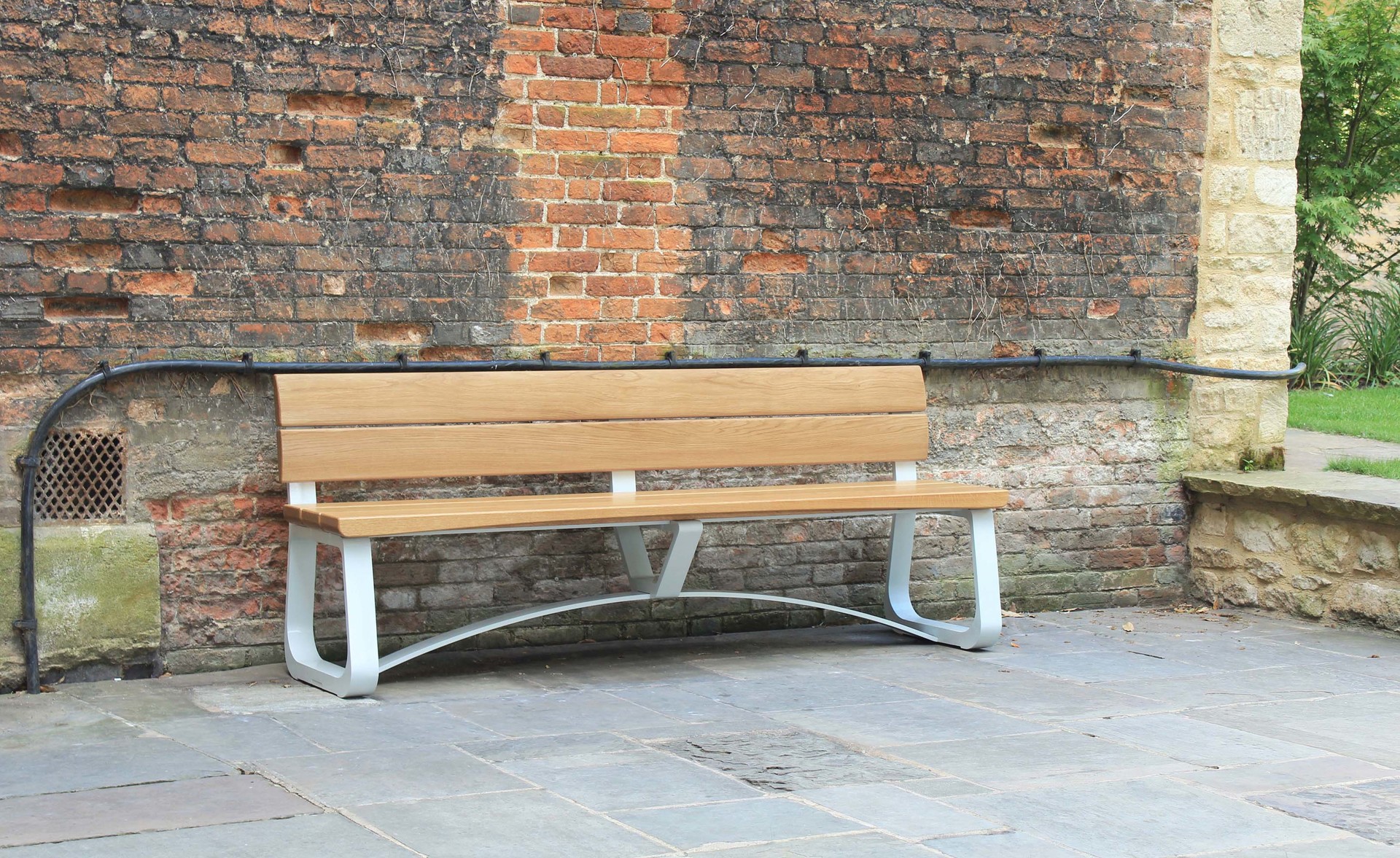 The idea was conceived by Alison Madden, wife of the Provast Professor Paul Madden, who thought running the competition rather than buying in new furniture, would be an exciting way to bring design and interest to the Drawda garden. Queen’s Home Bursar, Dr. Linda Irving-Bell organised the competition that saw 45 students of Rycotewood Furniture Centre, invited to enter with their Course Leader Joe Bray overseeing and additional mentoring from Charles Vernon, CEO of Gloster – a company specialising in outdoor furniture.
Maybrey Reliance collaborated on the manufacturing of the benches, along with B&M Engineers and Queen’s College own workshop, to help produce the winning design by Tom Parfitt.
“With a contemporary take on a garden bench featuring an arch inspired by the vaulted ceiling of a cellar discovered under the garden. A judging panel was extremely impressed with Tom’s scale models and renders of how the bench would look, subsequently commissioning ten benches to be made” explains Dr Irving-Bell.
With two designs available, with or without a back (the backless version doubling as a table), the frame of the bench is cast aluminium and has engineered aluminium components including the arch, all produced by Maybrey Reliance in the Sand Foundry. These contrast well with the solid Oak seat slats for comfort, which are finished to retain the natural beauty of the wood.
CEO of Maybrey Reliance, Doug Hills said “Maybrey Reliance thoroughly enjoyed being involved in the production of this successful project. We have always advocated the need to support students, the designers of tomorrow, and have worked closely with the Kingston University London for several years for this reason. The winning design by Tom Parfitt is a great piece of furniture and being able to produce it for such a prestigious place like The Queen’s College, Oxford has been an absolute pleasure”.